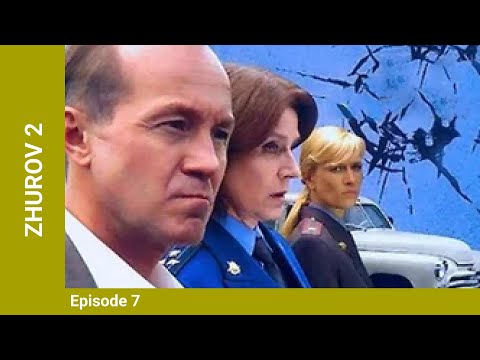 Zhurov is an unscrupulous but very experienced detective. He always travels in his old “Pobede”, brings up his daughter alone, likes to drink and has a very murky romantic relationship with his colleague. All this does not prevent him from masterfully unraveling the most complex and confusing cases, for which no one else, except him, risks to undertake.
The action of the film takes place in a small provincial town – Zadolsk, the main character will be the local prosecutor Ivan Ivanovich Zhurov, very talented, but slightly eccentric.
Ivan Ivanovich, a brilliant investigator of complex and high-profile criminal cases, is an extraordinary person. Holding a serious position, he lives as he likes, and does not pay attention to the negative views of others: he listens to the old “Pobede” and “Beatles”. And he does everything possible to win the heart of Natalia Feofanova, a charming employee of the prosecutor’s office. And his daughter from his first marriage, Lisa, often helps her father solve crimes, for which he jokingly calls her Dr. Watson…

The series consists of eight completed stories, two episodes each, for a total of 16 episodes. Zhurova is played by Andrey Panin. During all 16 episodes, Panin’s company consists of Elena Safonova (Lucyena Pavlovna – his boss, with whom he once had something…), Olesya Sudzilovskaya (Natasha – colleague and muse, whom he is in love with) and Svetlana Ivanova (his daughter Lisa). In addition, Zhurov will have one more close friend, who is not included in the actor’s database – his faithful dog Zhuchka.

With the help of these free online Russian movies you will learn Russian easily.
Subscribe for high quality movies and series on our channel.
Enjoy Watching!