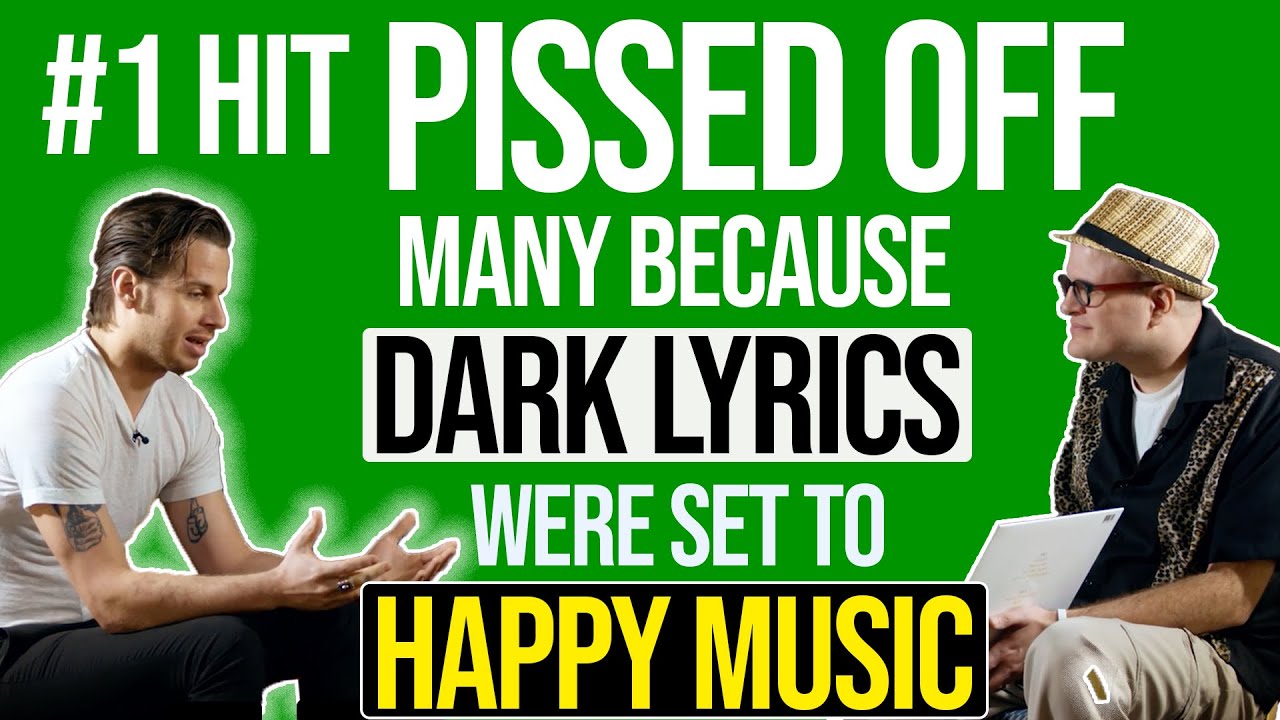 For once on our show…A song that came from no real inspiration at all.. Just a Jingle writer forcing himself to write a song on a lazy day where he was about to sneak off to the beach or go home. Mark Foster of Foster the People wrote Pumped Up Kicks in an afternoon just messing around. He pretty much just pushed himself to write a song that would become a masterpiece. He recorded a rough demo playing every instrument . He played that rough recording for people and in the end he actually released the demo. It would become the #1 song of the year. It actually went to #1 on alternative, dance, rock and pop charts collectively. Some would even try to ban or hate on it due to it’s controversial subject, claiming it was a violent gun song but as Mark Foster explains in the interview no one bothered to really listen to the lyrics which shows that no violence occurs at all. A deep dive interview about the best song of this century thus far.. This Interview blew my mind and changed the way I look at the world as we discuss song from Bruce Springsteen, Bob Dylan, and Johnny Cash and how Taylor Swift and Weezer covered it.

Check out my Hand Picked Selection Below

Check Out The Professor of Rock Merch Store – http://bit.ly/ProfessorMerch

Help out the Channel by purchasing your albums through our links! As an Amazon Associate, I earn from qualifying purchases at no extra cost to you, thank you for your support.

Hey Music Junkies, Professor of Rock always here to celebrate the greatest artists and the greatest songs of all time. WE interview the great artists of the rock era and you never know what’s in store from day to day, so make sure to subscribe so you don’t miss out. click the bell and all that jazz and check out our exclusive content on patreon including behind the scenes at our recent live events.

I’m excited to bring you another episode from our series Revelations- where featured artists take us for an inspirational and in depth focus on their greatest song and albums. I probably say it too much on this channel but mainstream music is a mess in today’s society. Whereas the top 10 songs for any given week in the 60s 70s or 80s were about 70% classic and still heard today. But every once in a while an up and coming artist or band releases a brand new song that climbs to the top of the charts that blows our mind and reminds us that great songs can drop out of the sky at anytime. And this classic song is proof although it really didn’t come from inspiration it came from perspiration. at the time he was working as a jingle writer, Mark Foster of Foster the people wrote Pumped up Kicks in an afternoon where he would rather have gone to the beach instead he forced himself to write a song… That song would become the song of 2011 reaching #3 in the billboard hot 100. Up next in our interview Mark Foster tells the story of this song including the process of putting it together, his thoughts on the lyrics and the his take on the controversy surrounding it. It’s a fascinating interview As we go into this interview I want to thank our sponsor Zenni Eyewear my favorite frames ever. Make sure to take advantage of the phenomenal deals Zenni always runs to design your own pair of frames the color, the shape the size the style. All available at Zenni.com Go check it out at the link below. Here’s Dave the Snake Sabo with the story of 18 and life on revelations.

Thank you for watching
Leave us a comment about Mark Foster and this modern day hit. what are your thought and memories of the song?