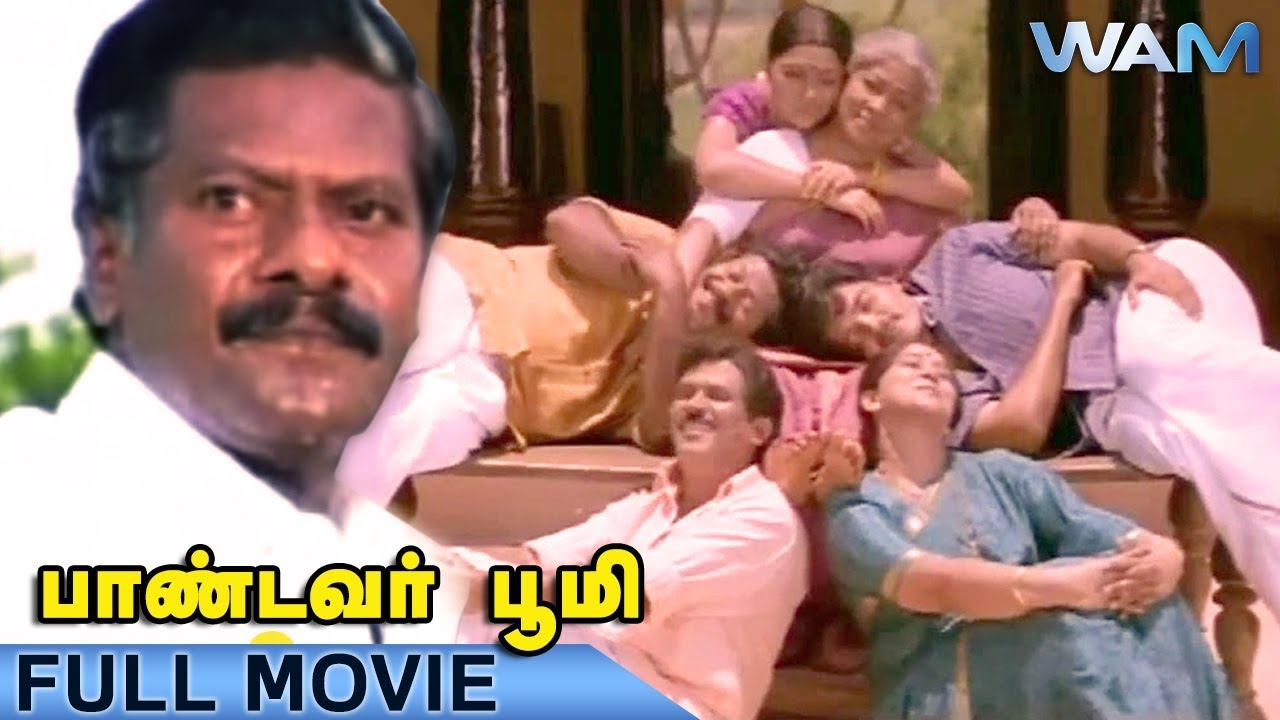 Synopsis-
“Dhanasekhar (Rajkiran) returns to his ancestral village after twelve years only to find his house in a dilapidated state. While living in a neighbor’s house, he approaches an engineer to rebuild his house. Thamizharasan (Arun Vijay), son of an architect Vijayakumar is an architect himself who specializes in traditional building techniques. He agrees to rebuild their house to their liking. As the construction work progresses, Thamizharasan gets closer to Dhanasekhar and his family members. He befriends Jeeva (Shamitha), Dhanasekhar’s niece and eventually falls in love with her. When Dhanasekhar comes to know of this, he reveals the tragic past of his family which forced them out of their own village years ago.
Dhanasekhar’s family consists of his two brothers Chandrasekhar and Ranjith, a sister Thamarai (again played by Shamitha), and their loving mother Manorama. They are a close-knit family living a happy life, setting an example for the entire village. Dhanasekhar is an old-fashioned man strongly rooted in the traditions. He along with his brothers do agriculture in their land. Vinu Chakravarthy, another landlord doing agriculture is a money-minded person. One day, he suddenly buys tractors and employs modern farm equipments, rendering many of the farmers employed with him jobless. When Dhanasekhar voices for their plight, the situation becomes worse starting an enmity between the two families. Meanwhile Thamarai falls in love with Vinu Chakravarthy’s son. To avenge for his father, Vinu Chakravarthy’s other son Mukesh Tiwari poisons a water body killing all the bulls owned by Dhanasekhar. So, Ranjith beats up Vinu and his son Mukesh. That is when they see the couple sitting together. This angers both the families. Dhanasekhar’s family arranges Thamarai’s marriage with someone else and gets her engaged. But she is in no mood to pay heed to her family and elopes with her lover. As a result the family is devastated resulting in the death of Manorama. At her funeral procession, Thamarai comes in a car with her husband and is shocked to find her mother dead. On seeing her back, Ranjith in a fit of rage beheads her and her husband. Due to this Ranjith gets a jail term for 12 years. With lost peace, the family moves to Tirupur and gets settled there. To give Ranjith something to live for when he comes back from jail, Dhanasekhar and his family decides to marry off Jeeva to Ranjith. Citing that this is the only way to get back their long lost peace, Dhanasekhar asks Thamizharasan to stay away from Jeeva.
Back in the present, while the old and aging Vinu Chakravarthy is still at logger heads with their family, Mukesh Tiwari pretends to be friendly with them. As the construction work nears completion and the house is been furnished, Mukesh plots a bomb in the new house. Thamizharasan gets to know of this and foils the plot. Ranjith gets released from jail around the same time the house gets ready for occupation. Dhanasekhar and family welcomes home Ranjith with much love and asks him to marry Jeeva. But Ranjith turns down the proposal because the reason for all their suffering was they forced their sister Thamarai into marriage without her consent and now they are doing the same mistake with Jeeva. This makes Dhanasekhar realize his err. He unites Jeeva with Thamizharasan .”