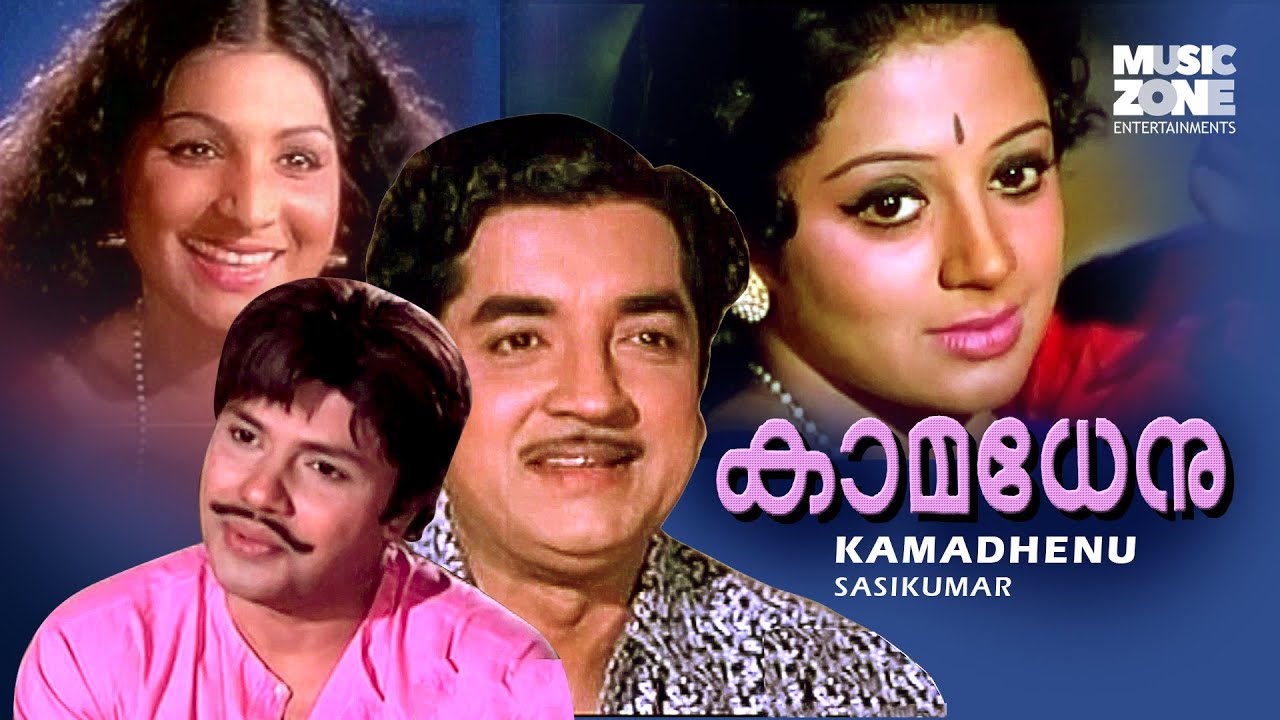 Kaamadhenu is a Malayalam film, directed by J. Sasikumar and produced by Hassan Rasheed. The film stars Prem Nazir, Jayan, Jayabharathi and Srividya in the lead roles. The film has musical score by Shankar Ganesh and the lyrics were written by Yusufali Kechery. Storyline is Chandran, a farmer, leaves his village when he is falsely accused of a murder. He faces many challenges when he goes to an unknown city for a living.