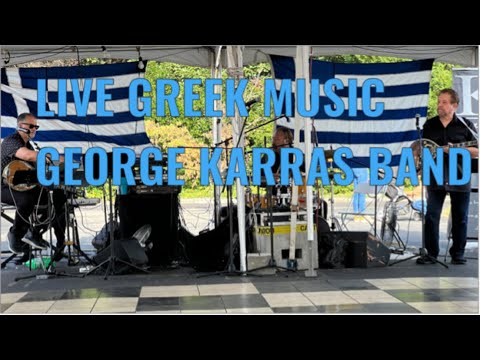 A founding member of The Greek Tycoons, George is self taught and received his first bouzouki at the age of 16. He has fine tuned his skills by listening and learning from some of the worlds greatest bouzouki players such as Tsitsanis and Nikolopoulos. He serves as the bands technical and sound engineer and Georges’ love of technology has culminated in the band’s latest release, ‘Greek Tycoons Live’, being produced and mixed in George’s own studio. He resides in Bellbrook Ohio with his wife Joanne and children Elea, Tia and Taki.

The Indianapolis Greek Festival is an annual family-oriented, festival celebrating the Orthodox faith and Hellenic culture with the community. Everyone who attends wants to take in all the sights, sounds, and aromas, and to enjoy themselves. Any behavior that is deemed inappropriate or unsafe will be at the discretion of GreekFest and handled accordingly.