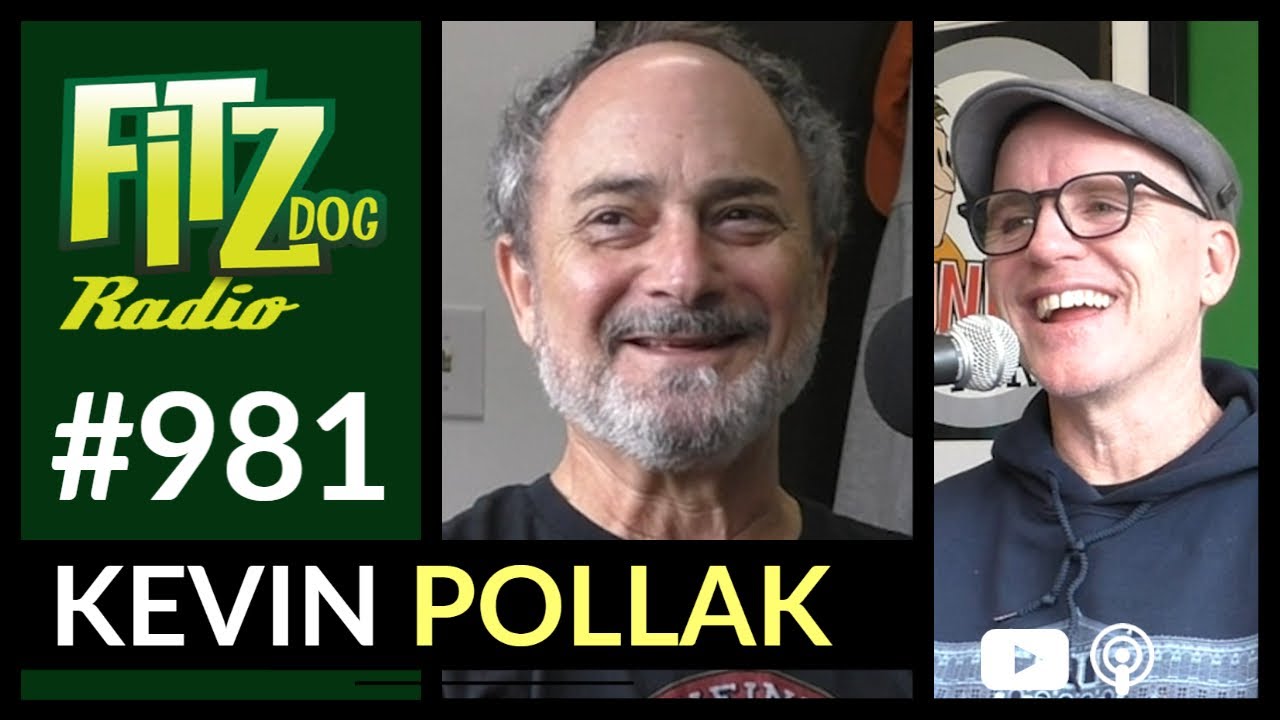 Subscribe to Greg Fitzsimmons: https://bit.ly/subGregFitz
Episode 981. My friend and neighbor Kevin Pollak stops by to talk about monks, golf jokes and being a glass half full guy. Check out Misery Loves Comedy and The Marvelous Mrs. Maisel on Amazon.

Thanks to my sponsor:
http://BetterHelp.com/Fitzdog – save 10% on your first month of online therapy

Mixing an incisive wit with scathing sarcasm, Greg Fitzsimmons is an accomplished stand-up, an Emmy Award winning writer, and a host on TV, radio and his own podcasts. Greg is host of the popular “FitzDog Radio” podcast (https://bit.ly/FitzdogRadio), as well as “Sunday Papers” with co-host Mike Gibbons (http://bit.ly/SundayPapersPod) and “Childish” with co-host Alison Rosen (http://childishpod.com). A regular with Conan O’Brien and Jimmy Kimmel, Greg also frequents “The Joe Rogan Experience,” “Lights Out with David Spade,” and has made more than 50 visits to “The Howard Stern Show.” Howard gave Greg his own show on Sirius/XM which lasted more than 10 years.

Greg’s one-hour standup special, “Life On Stage,” was named a Top 10 Comedy Release by LA Weekly. The special premiered on Comedy Central and is now available on Amazon Prime, as a DVD, or a download (https://bit.ly/GregFitzSpecial). Greg’s 2011 book, Dear Mrs. Fitzsimmons (https://amzn.to/2Z2bB82), climbed the best-seller charts and garnered outstanding reviews from NPR and Vanity Fair.

Greg appeared in the Netflix series “Santa Clarita Diet,” the Emmy-winning FX series “Louie,” spent five years as a panelist on VH1’s “Best Week Ever,” was a reoccurring panelist on “Chelsea Lately,” and starred in two half-hour stand-up specials on Comedy Central.

Greg wrote and appeared on the Judd Apatow HBO series “Crashing.” Writing credits include HBO’s “Lucky Louie,” “Cedric the Entertainer Presents,” “Politically Incorrect with Bill Maher,” “The Man Show” and many others. On his mantle beside the four Daytime Emmys he won as a writer and producer on “The Ellen DeGeneres Show” sit “The Jury Award for Best Comedian” from The HBO Comedy Arts Festival and a Cable Ace Award for hosting the MTV game show “Idiot Savants.”