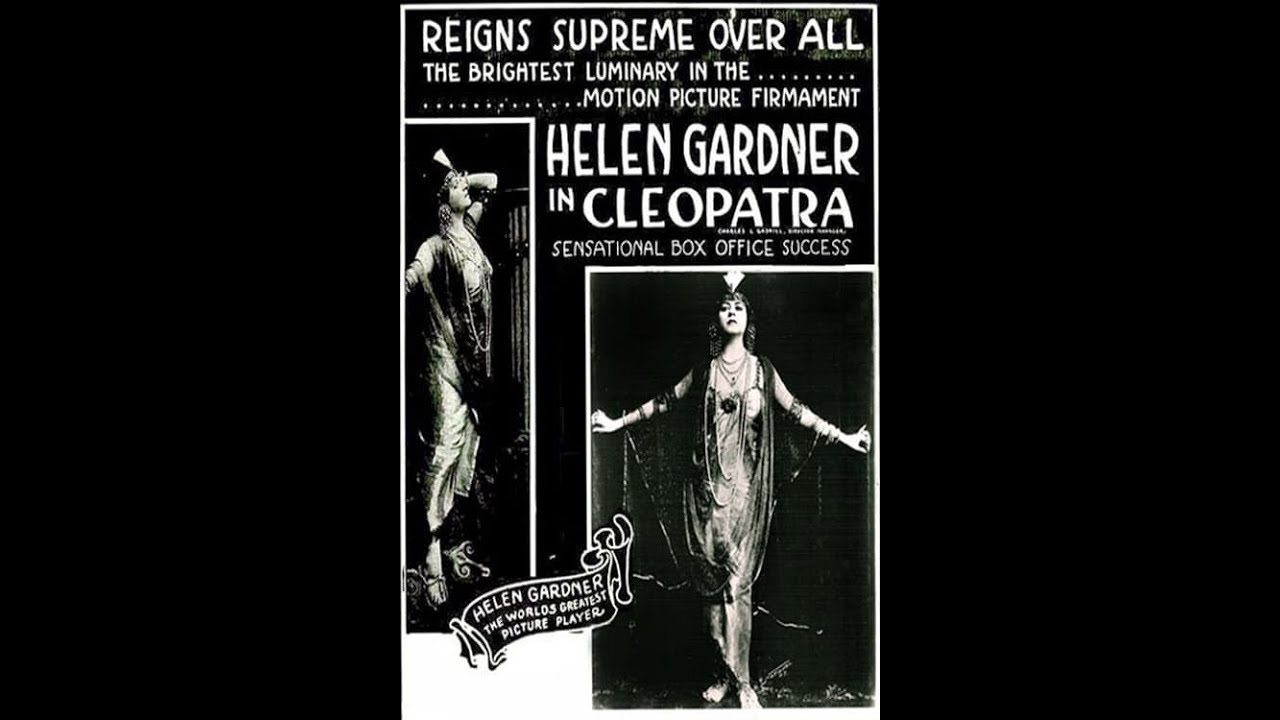 Cleopatra is a 1912 American silent historical drama film starring Helen Gardner in the title role, and directed by Charles L. Gaskill, based on an 1890 play written by Victorien Sardou. It is the first film to be produced by Gardner’s production company, The Helen Gardner Picture Players.

Cleopatra is one of the first six-reel feature films produced in the United States. Promoted as “The most beautiful motion picture ever made”, it was the first to offer a feature-length depiction of Cleopatra, although there had been a short film about Antony and Cleopatra two years earlier.

The film in question is called Cléopâtre made in 1910 by French production company, Pathé Frères and stars Madeleine Roch as Cleopatra.

Synopsis:
In a series of elaborately staged tableaux, it depicts Cleopatra and her love affairs, first with handsome fisherman-slave Pharon, then with Mark Antony.