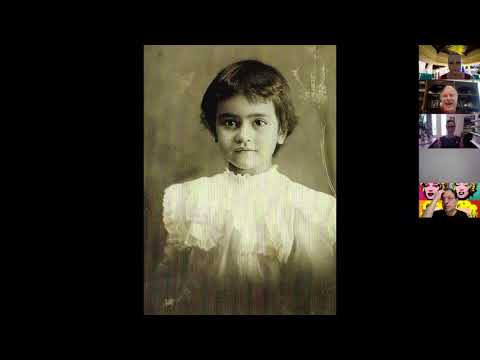 Catalina Island Museum brings art and culture to the community through virtual programming, including a glimpse into the life of Frida Kahlo, one of the most recognizable artists and female icons in Mexican culture. In alignment with its “Frida Kahlo: Through the Lens of Nickolas Muray” exhibition, the museum hosted acclaimed lecturer and internationally recognized expert on the art and culture of Mexico and Latin America, Gregorio Luke, for a fully-illustrated virtual lecture recounting the life of Frida Kahlo. This virtual event was presented on Zoom on Saturday, July 25, 2020.

Kahlo is well-known as an artist for her beautiful and powerful paintings from the 20th century, highlighting her deep interest in her Mexican heritage, her life and the people significant to her with whom she shared a close friendship. During the virtual event, Luke shared over 300 slides including her paintings, documentary photographs, and rare film footage of the personal and multifaceted Kahlo, allowing viewers to truly understand and appreciate her deeply rooted Mexican culture and art traditions that she shared throughout her life.

Luke is the former Director of the Museum of Latin American Art, the Consul of Cultural Affairs of Mexico in Los Angeles, the First Secretary of the Embassy of Mexico in Washington D.C., and the founder of ARCOS (Art in Communities and School) a non-profit whose mission is to bring arts to people living in low-income communities.

Luke has given over 1,000 lectures in Mexico, United States, Europe, China, Australia, and South America. He has lectured for three consecutive editions of the Florence Biennale in Italy, produced two lecture summer series at the Ford Amphitheatre in Hollywood, performed and presented Murals Under the Stars series for more than 10 years at the Museum of Latin American Art and spoken at institutions such as The Library of Congress, The Smithsonian Institution, the San Francisco Museum of Art, the National Museum for Women in the Arts, the Detroit Institute of Art, and universities such as Harvard, Columbia, Georgetown and UNAM, among others.