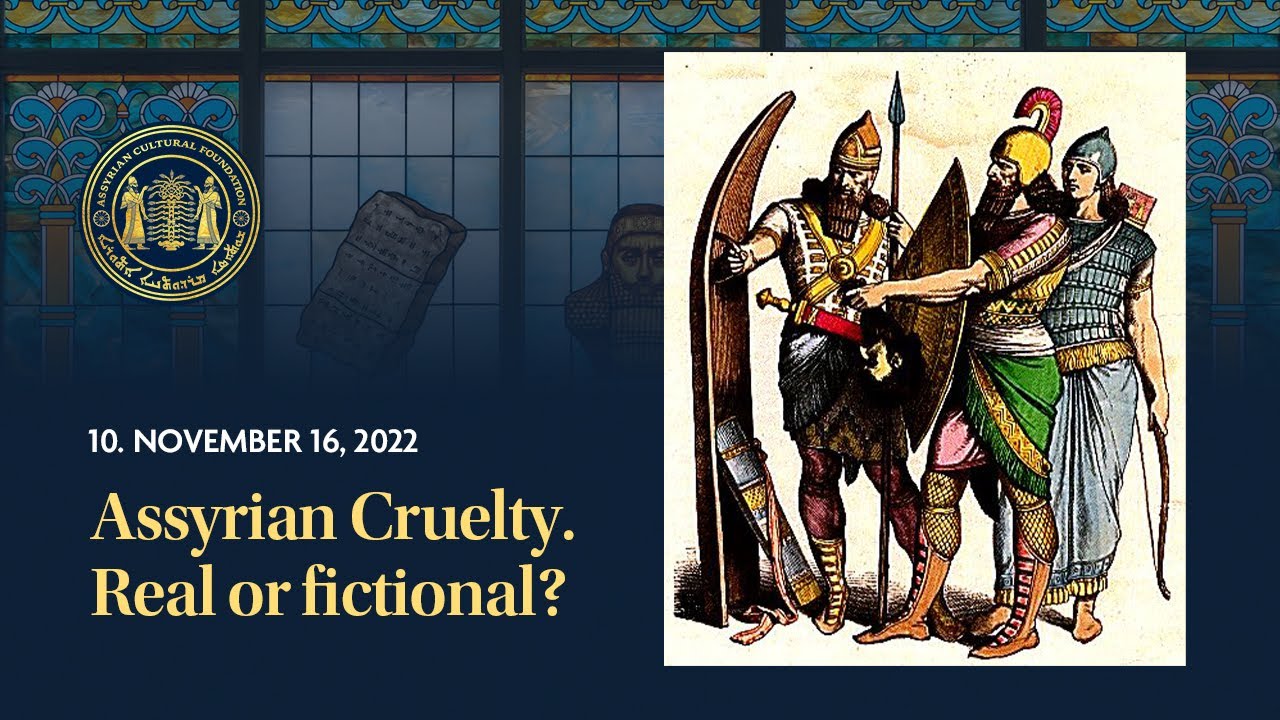 During this segment, of the Assyrian History Class: Assyrian Cruelty Real or fictional?

1:03 – Biblical understanding of Assyrian cruelty, and its influence

3:54 – The Western Church and the opinions of scholars

18:09 – The comparison of the Cyrus cylinder with various Assyrian treaties

To serve as a reminder, there will NOT be class next week due to Thanksgiving.

Learn the truth about Assyrian cruelty by registering for the class below:

Image Source: A drawing of Assyrian soldiers that appeared in the book “THE HISTORY OF COSTUME” by Braun & Schneider (c. 1860). Note the ‘classical’ poses of the figures and their nonchalant manner as they hold a severed head of an enemy combatant.