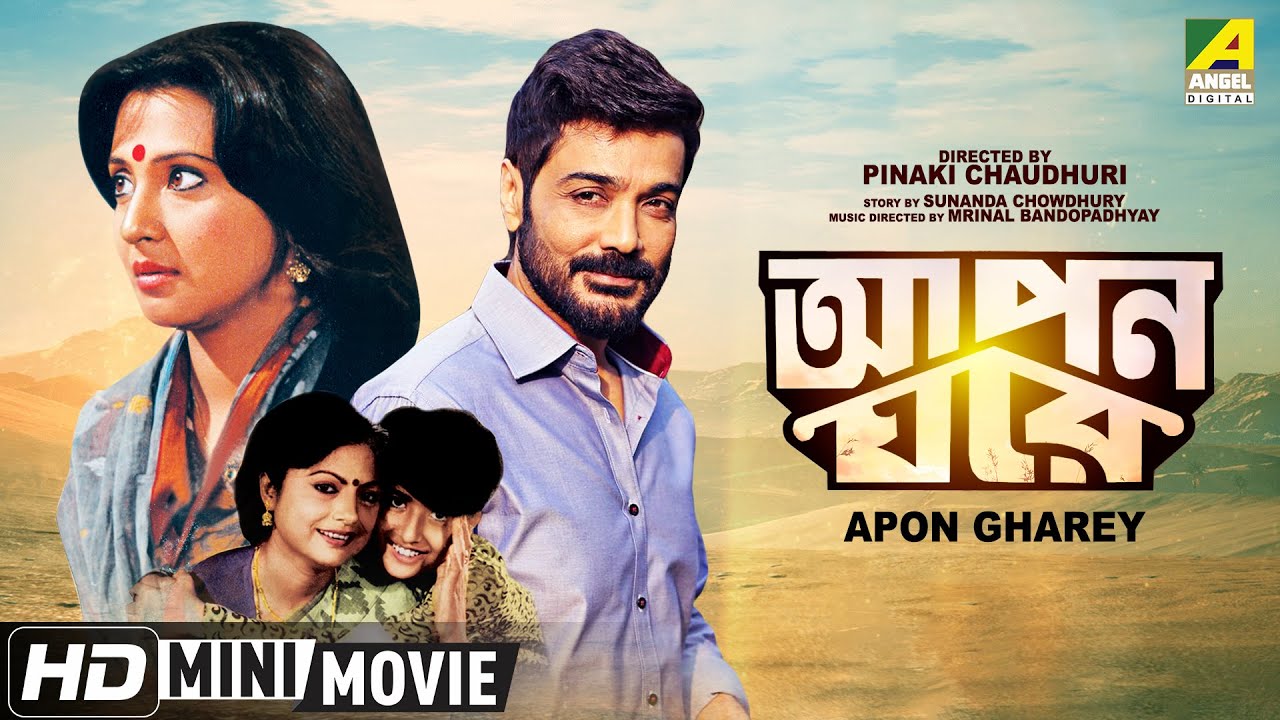 Synopsis:::
The film is a family drama of Arijit, his wife and son. A bolt from the blue brings troubles to the peaceful household. During a tour in an accident Arijit’s wife dies. This puts the family into a state of shock. But time is the greatest healer, they say. Arijit becomes a successful businessman but his villainous brother lands Arijit into a disastrous financial situation. Arunava loves a doctor Indrani. Suddenly it is revealed that Arijit’s wife was not dead but had just lost her memory in the accident. She was in a ashram for several years. When she got her memory back she came to her house but here she saw Aparna. She was heart-broken and wanted to return to the ashram. Complications build up which are finally settled and the daughters-in-law return to their respective and rightful homes.